As already described, the walking safari was originated by the late and legendary Norman Carr (seen here walking with lions, rather than human guests, but you get the point!), and his company remains one of the principal organisers of Zambian walking safaris.

Here we offer you an eleven night safari, combining game viewing by vehicle and – mainly – walking, both in the vicinity of a series of differently designed and located bush camps, in addition to walking from camp-to-camp, as shown below. 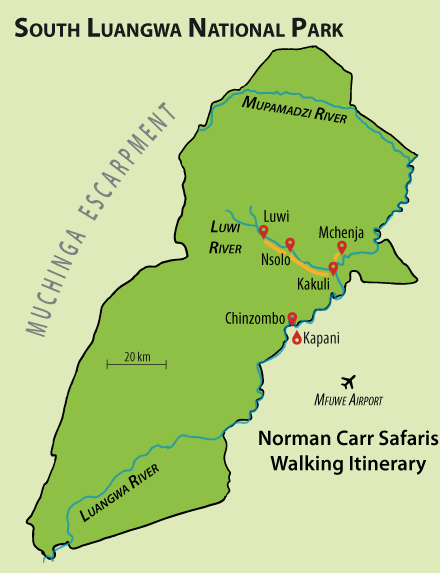 Your trip begins when you arrive at Mfuwe airport (about one hour’s flying time from Lusaka), the gateway to the South Luangwa National Park, one of the finest game-viewing destinations in the whole of Africa. Here you will be met by one of Norman Carr Safari’s guides and taken to your first night’s destination of Chinzombo Lodge. Originally your first nights would have been spent at their renowned Kapani Lodge, a comfortable family lodge situated on the banks of one of the Luangwa River's many ox-bow lagoons, as shown below, but this has now been closed and replaced by Chinzombo. Wildly luxurious, Chinzombo introduces levels of comfort, style and elegance previously unseen in the Luangwa Valley.

You will spend your first two nights here, mainly getting in some excellent game viewing by vehicle, together with the opportunity to stretch your legs to some extent with an early morning walk on the second day. Night drives are also a firm feature of a Zambian safari, preceded, of course, by a relaxing sundowner (or two).

Your actual walking safari follows the course of the Luwi river in a south easterly direction, meandering through some of the most remote areas of South Luangwa National Park, as shown on the earlier map. This seasonal sand river carves its way across the Northern sector of the park through dramatically varying habitats to the confluence with the Luangwa River. Norman Carr Safaris have three camps along the course of this beautiful and dynamic river. Thus, after your two nights at Chinzombo you will be driven deep into the National Park to Luwi Bush Camp, which has been described as "the best little bush camp in Africa", and is the starting point for the adventure, exploring the wild areas up towards the source of the Luwi where no other people ever go.

Your first night is likely to be accompanied by the noises of the wildlife around camp. When day breaks and after a light breakfast around the camp fire, you will head out on foot to pick up the fresh tracks of a pride of lion or investigate the alarm calls of the local troop of baboon. This is no nature trail - this is the real thing - you are tracking big game through the African bush, on foot like the first Luangwa pioneers.

On the second morning at Luwi your guide will walk you down the meandering Luwi River course. Your destination is Nsolo, the second of your bush camps. After a few hours gentle walking and exploration you’ll arrive into camp to find a warm welcome, a cool drink, brunch on the table and your bags in your room. The next two days are spent on foot or in an open safari vehicle exploring the wilds of the Nsolo area.

The next move takes you further down the Luwi River, again on foot or by 4x4 game viewing vehicle if you prefer, to its confluence with the main Luangwa River and to Kakuli Camp, below. There are more game viewing tracks in this area so it is possible to use vehicles as well as explore the area, which is famous for its high population of leopards, on foot.

As also at Nsolo, guests can also opt for a night or two out under the stars with just a mossie net, a guide and a scout for company and camp fires to ward off nocturnal visitors, miles from "civilization" – however this 'Return to the Wild' sleep out is only for the most adventurous of spirit.

After a further two nights at Kakuli, a taste of sophistication then awaits you at Mchenja. This last camp on the trail is set under the shade of immense ebony trees. The five individually designed tents each have a bath inside as well as an open, en-suite shower and toilet. The main lounge houses a small plunge pool alongside the bar and sitting area and meals are usually taken on the river bank. You will be able to do both game walks and drives and the wildlife viewing in this area is some of the best in the Park. After a further two nights at Mchenja, and as a further treat, your final night in South Luangwa will again be spent at Chinzombo. The following morning you will transfer back to Mfuwe airport for your onward destination.

Further details may be found on the Norman Carr Safaris own website, and our own recently published www.SafariDiary.com website recounts an actual such trip undertaken several years ago, and including much of the itinerary described here (see Days One to Five of the first Zambia trip).

The cost of this 11 night safari is $8945 per person in high season (excluding the 'Sleep out' option). This is an example only: the actual trip could be longer or shorter. 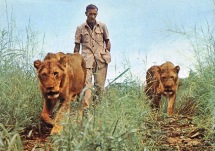 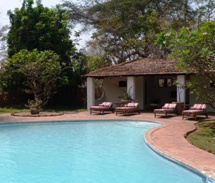 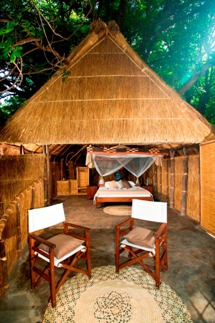 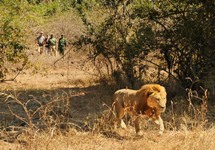 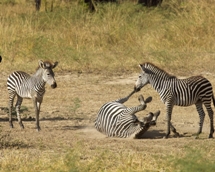 All images courtesy of NCS